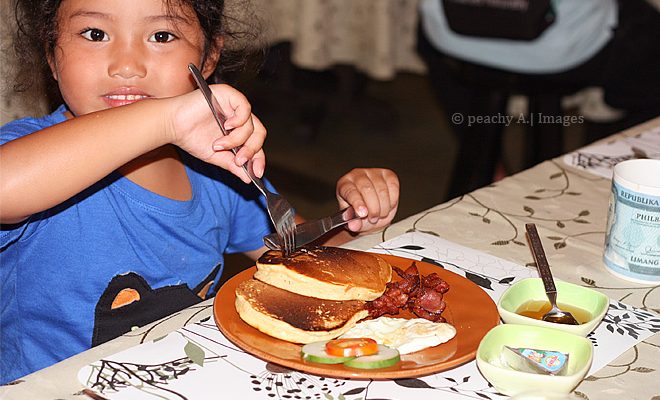 Service at Cafe Ma’Mita will make you feel right at home.

The Rejano’s Bakery has been making bread, cookies, pastries and sweets for over 60 years now. The tradition began in 1946 when Timoteo Castillo opened the Castillo Bakery in Sta. Cruz, Marinduque. The bakery was inherited by Crisistomo Rejano, Castillo’s adopted son. Later, Crisostomo’s wife, Belen cooked up a very good arrowroot (uraro) cookie that served as treats for friends and relatives during birthdays and weddings. Little did she know that her arrowroot cookies would become so popular even outside the boarders of Marinduque. Balikbayans and local tourists would always buy Rejano’s arrowroot cookies as pasalubongs to their loved ones in Manila and abroad. Carmelita, the daughter of Crisostomo and Belen continued the tradition. She succeeded not only in bringing the Rejano’s arrowroot cookies to arrowroot lovers in Manila, but also in sustaining the livelihood of farmers in her province.

Relieve tension and stress with our rejuvenating spa packages that will leave you fresh and revitalized. Receive a complimentary tea when you avail one of our spa treatments.