The Rejano’s Bakery has been making bread, cookies, pastries and sweets for over 60 years now. The tradition began in 1946 when Timoteo Castillo opened the Castillo Bakery in Sta. Cruz, Marinduque. The bakery was inherited by Crisistomo Rejano, Castillo’s adopted son. Later, Crisostomo’s wife, Belen cooked up a very good arrowroot (uraro) cookie that served as treats for friends and relatives during birthdays and weddings. Little did she know that her arrowroot cookies would become so popular even outside the boarders of Marinduque. Balikbayans and local tourists would always buy Rejano’s arrowroot cookies as pasalubongs to their loved ones in Manila and abroad. Carmelita, the daughter of Crisostomo and Belen continued the tradition. She succeeded not only in bringing the Rejano’s arrowroot cookies to arrowroot lovers in Manila, but also in sustaining the livelihood of farmers in her province.

The Rejano’s Bakery is situated in Brgy. Banahaw , Sta Cruz , Marinduque. It is very easy for you to locate the store because it is located walking distance beside the church of the town. Moreover, the bakery is famous – any locals are aware if you ask where it is.

They are proud of their unique product. “We have Gluten Free, Low Sugar and highly digestible foods here” the sales lady said.

Meanwhile, arrowroot is a starch obtained from the rhizomes (rootstock) of several tropical plants, traditionally Maranta arundinacea and the Province of Marinduque is abundant of that plant – they called it “Uraro” . Arrowroot tubers contain about 23% starch. “Madaming ganyan sa mga gubat, kinkuha lang namin yan, pero ngayon may taniman na. (In the forest area, arrowroot is wild and plenty plant and we just harvest it but there are now some plantations exist” a local said. The starch has t been quite extensively adulterated with potato starch and other similar substances in creating cookies.d being choked. Read more on I Love Tansyong TV 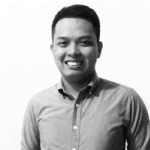